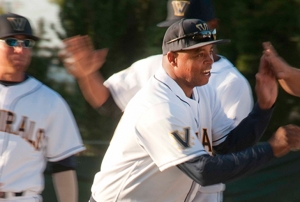 Tito Fuentes Jr., son of the legendary San Francisco Giants 2nd Baseman, was born in the Dominican Republic, where he was taught about the great game of baseball by such greats as his father, Tito Fuentes Sr., and Juan Marichal. During his father’s 14 years in the Big Leagues and for the past 25 years, Tito Jr. traveled back and forth to the Dominican Republic annually to be immersed into the 24/7 baseball culture of the Caribbean.

After High School, Tito was invited by Juan Marichal to the Dominican Minor Leagues and joined the Oakland A’s and Los Angeles Dodgers camps in Santo Domingo, Dominican Republic. While there, Tito experienced playing ball with Roberto Duran, Jose Mesa, Felix Rodrigues, Apolinar Garcia, Rene Suarez, Moises Alou and many more future Big Leaguers. Although Tito's career was cut short by injuries, it was there where Tito developed a passion and love for teaching baseball; a passion he wished to share with others who wanted to become better players.

The Tito Fuentes Baseball Academy has now moved back home to the Bay Area and is headquartered in Napa, CA. In addition to offering baseball clinics, Tito provides private instruction and instructs several travel baseball teams of his own. In 2010, Tito was named the Manager of the Freshman baseball team at Justin Siena High School in Napa.  Tito went on to manage The Vallejo Admirals in 2013-14. Today Tito continues to train and scout professional ball players and is currently coaching youth at Line Drive in San Rafael. 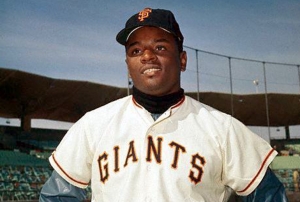 Rigoberto "Tito" Fuentes Peat (born January 4, 1944) is a retired professional baseball player. He played for 13 seasons in the major leagues between 1965 and 1978, primarily as a second baseman. Fuentes played for most of his career with the San Francisco Giants, where he still remains a fan favorite.

The Giants initially signed Fuentes as an 18-year-old amateur before the start of the 1962 season. He was one of the last baseball players signed directly out of Cuba before the United States embargo against Cuba.

Originally debuting in the majors 1965 as a late-season call-up, Fuentes split time between second base and shortstop as a rookie in 1966. He batted .261 in his maiden year while playing solid defense at both positions.[1] He slumped to batting .209 the following year, and subsequently, he spent all of 1968 in the minor leagues.

Fuentes returned to the Giants in 1969 and spent the next two seasons as a utility infielder before re-gaining his starting spot at second base in 1971. He appeared in the postseason during the 1971 season as his Giants won the NL West title; his two-run home run in Game 1 of the 1971 NLCS helped San Francisco take an early series lead against the Pittsburgh Pirates,[2] but that would turn out to be the Giants' only win of the best-of-five series. 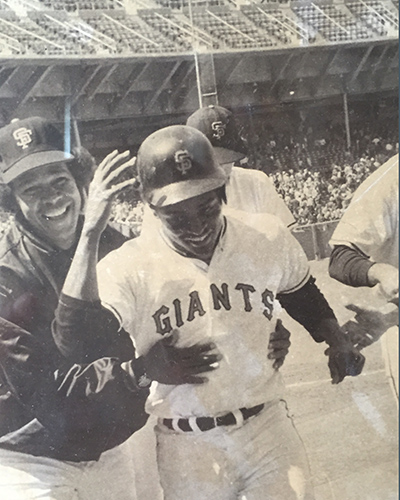 Fuentes continued to be the Giants' second baseman for three more seasons. In 1973, he set a National League record by recording a .993 fielding percentage, the highest for any regular second baseman in league history.[3] Ironically, Fuentes had led all National League second basemen in errors during the previous two seasons before setting the new record for excellence. His record stood for 13 seasons before Ryne Sandberg recorded a .994 percentage at second in 1986.

After the 1974 season, San Francisco traded Fuentes and a future Rookie of the Year, Butch Metzger, to the San Diego Padres for another second baseman, Derrel Thomas. Tito played for two seasons in San Diego before leaving as a free agent.

In 1977, Fuentes played with the Detroit Tigers and had a career-best .309 batting average. Despite having his best season, he was not brought back in 1978 (since the Tigers had a young Lou Whitaker waiting in the wings). The Montreal Expos then purchased his contract. Before the start of the season, however, Fuentes was released. During the year, he signed with the Oakland Athletics, but he was released again after batting just .140 in only 13 games. He played for the Santo Domingo Azucareros in the short-lived Inter-American League in 1979 before retiring.

Tito Fuentes returns to the Giants' Spanish language broadcast booth for his 10th straight season. Fuentes previously served as a member of the Spanish language broadcast team from 1981-92, and in 1996-2004 he broadcast for FOX Sports International which is aired in Latin America. An active participant in the Giants' marketing efforts, he is a regular participant in the Giants Fantasy Camp and Giants Cruise. A former Major League second baseman who played for the Giants from 1965- 74, Fuentes saw big league action with San Diego, Detroit and Oakland. The Havana, Cuba native was initially signed as an 18-year-old amateur before the start of the 1962 season and was the last baseball player signed directly out of Cuba before the United States embargo against Cuba. A .268 hitter over his 13-year career, he was voted the starting second baseman on the Dream Team for the Giants 25th Anniversary team by San Francisco fans in 1982.

In 1997, "23" was inducted into the Cuban Baseball Hall of Fame. He and his wife, Maritza, reside in Reno, Nevada. 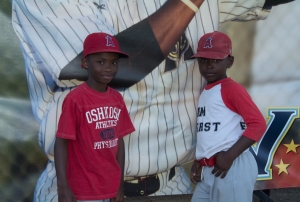 TFBA Mission Statement: The TFBA mission is to utilize the game of baseball to provide leadership development and life skills training for our youth and those at risk while breaking down cross-cultural barriers, and modeling strong family units; the program seeks to develop future community and family leaders who give back to community and seek to serve others.

TFBA Vision: Our vision is a program of long-term commitment. We have structured the program, in a way, where players can work their way up and literally be involved for life. We are truly seeking year-round, life-long relationships with our participants, guiding them into adulthood where they are immensely impactful family and community leaders. Our season never ends, and more importantly, our relationship with players never ends.

The TFBA Foundation, a not-for-profit organization, aims to set the standard for baseball instruction, teach and educate in Bay Area Urban communities, and enhance the quality of life in the surrounding communities.

Our coaching staff consists of highly experienced baseball personnel. We specialize in fundamental instruction by way of open workouts and clinics. Our workouts give members practical and theoretical training on the fundamentals of the game, while our educational component aids students in the classroom. We believe the skills learned in baseball and can be applied beyond the field, helping to shape a better community. 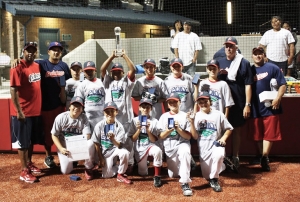 The Tito Fuentes Baseball Academy’s mission is to utilize the game of baseball to develop athletic leaders and provide life skills training for our youth and those at risk while breaking down cross-cultural barriers. The program develops academically strong, fundamentally sound athletes and family leaders who give back to the community.  The Tito Fuentes Baseball Academy believes that every child who has a desire to play baseball should have the opportunity to play, no matter what their economic or social circumstance may be. TFBA has assembled and coached several successful, non-profit, competitive baseball teams in the Bay Area, Arizona, and in the Dominican Republic.  Many of our early adaptors began learning baseball fundamentals at the young age of 7.  We are proud to see those same players currently holding postions on their high school and college baseball teams. 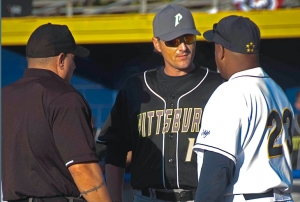 Tito is currently the Director of Latin America Operations for the Empire Sports Group and the Director of the T23 Sports Agency.  Empire Sports Group is a global, full-service management company providing services to professional baseball players.  Empire is very selective during its client acquisition process, which allows us to provide each client with unmatched personal attention, guidance and service.

Our goal is to provide the highest quality representation and management to athletes who want to maximize their potential on and off the field. 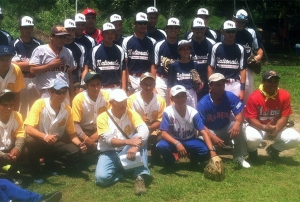 Under the direction of San Francisco Giants General Manager, Bobby Evans, Tito was sent to the Dominican Republic to complete the Major League Baseball Scout Development Program.  After five years of professional guidance from Bobby Evans, Tito was chosen to be the SF Giants 2015 candidate to the program.  Since completing the program, various opportunities in professional baseball have been presented to Tito. 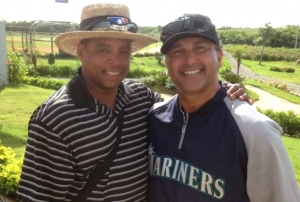 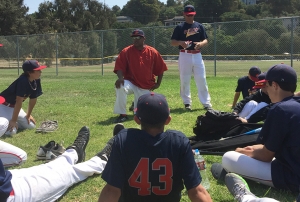 Currently Tito coaches at St. Mary's College High School in Berkeley, California.  Taking the team to the Northern California Sectionals for five straight years (2011-2015) and instructing a Championship team has been a wonderful and memorable ride.  During these impressionable years, Tito has brought College and Professional scout exposure to the high school.  Many of his students will go on to play at Cal Berkeley, Santa Clara University, Long Beach and Fresno State Colleges, and many more.  As a strong advocate for achieving college ball scholarships, Tito strongly mentors his students and equally advises them with necessary life-skills and dedication to have a successful future in baseball.  Tito has provided instruction to ballplayers who attend many other high schools including: California -- Justin Siena H.S., Napa and Vintage H.S., Benicia H.S., Vacaville H.S., Fairfield and Armijo H.S., Vallejo and Bethel H.S,  El Cerrito and Albany H.S., and Arizona schools --Chandler H.S, Hamilton H.S , Basha H.S, Gilbert H.S, and Mesquite H.S. 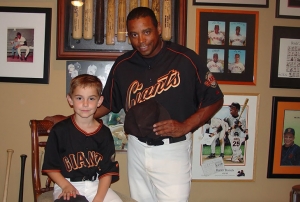 For nearly 20 years, Tito Fuentes has provided school-age ballplayers with fundamental skills training. Through structured organizations like Little League, Cal Ripken Baseball, Matt Williams League, and Babe Ruth Leagues, Tito managed and coached teams while building long-lasting relationships with over 1500 students.  From a player's early interest in learning the complex game of baseball, Tito's goal for each and every one of his students was to work hard and reach the goal of making their High School Baseball team.  In addition to recreational baseball, Tito managed highly competititve travel ball teams throughout Arizona and California including his own academy teams called the TFBA Peloteros.  His Caribbean-style baseball instruction mirrored what he learned from his native countries of the Dominican Republic and Cuba.  Currently you can request private instruction for your son/daughter at Line Drives Baseball in San Rafael, CA. 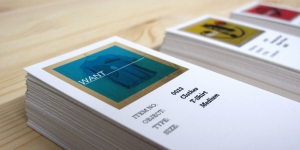